Here I will make my ranking of the 10 games that for one reason or another impressed me most. I state that this ranking does not refer to all the existing games, but only to those that I have reviewed and of which you can find further information in the Article. ADULT GAMES Reviews,

Let’s start with Taffy Tales, a visual novel with point and click elements developed by UberPie. The protagonist of the story is a young student, who has to live with his dual personality, which will often lead him to behaviors out of the ordinary.

With his captivating graphic style and with unusual plot points, he is certainly the one to open this ranking and win the tenth position.

Immediately above we find Lust Epidemic, an RPG developed by NLT Media. During this adventure, our protagonist will be trapped together with several other characters in a sort of monastery, and they will have to work together to be able to get over the situation. With gameplay in my opinion funny, and with a story full of mysteries, and secrets to discover, he is entitled to take ninth place in this ranking. 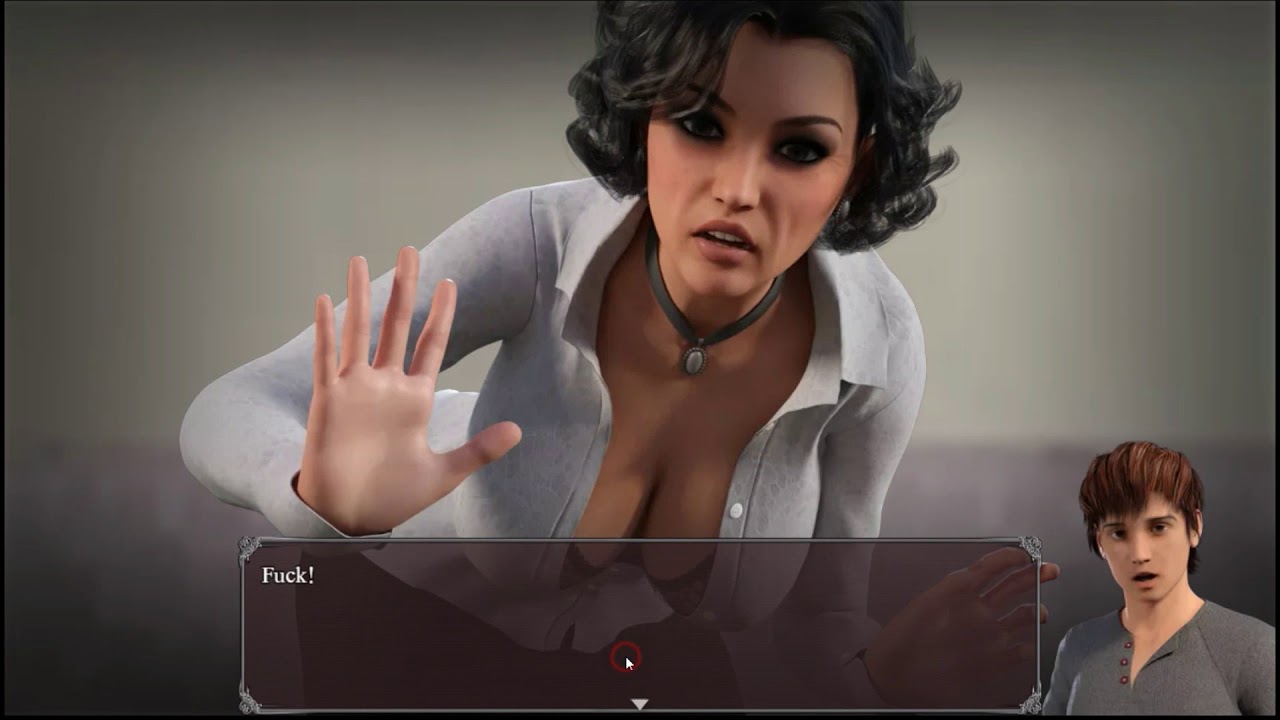 Now is the time for The Awakening, the visual novel developed by Slim Games. we will play the role of a guy who after an accident, wakes up from a coma that lasted 2 years, not remembering anything about his past life. And so it will be up to us to make new bonds and find the forgotten ones.

The game certainly manages to get noticed for the qualitative level of the render and for some gameplay ideas that are certainly fun, which differentiate it from many others and make it conquer this eighth position.

Here I have decided to insert Acting Lesson, developed by the famous Dr. PinkCake. During the story we will be the architects of the destiny of a man, who in a day like many makes the acquaintance of Megan, an aspiring actress. And this meeting will kick off a series of events that will substantially change the life of our protagonist. Among the titles mentioned so far, this is certainly the one with the greatest focus on the plot and characters and undoubtedly deserves this seventh position.

In this position, I insert What a Legend! the visual novel, point and click with fantasy elements, developed by MagicNuts. The story starts immediately in a hilarious way, with our protagonist who is abandoned by mistake in a brothel while still in his infants, growing up cared for by prostitutes.

And only when he reaches the age of majority decides to go on an adventure to discover the rest of the world. With a graphic style that fits perfectly and with simple and intuitive gameplay, I could not help but insert it in this ranking and place it in the sixth position. 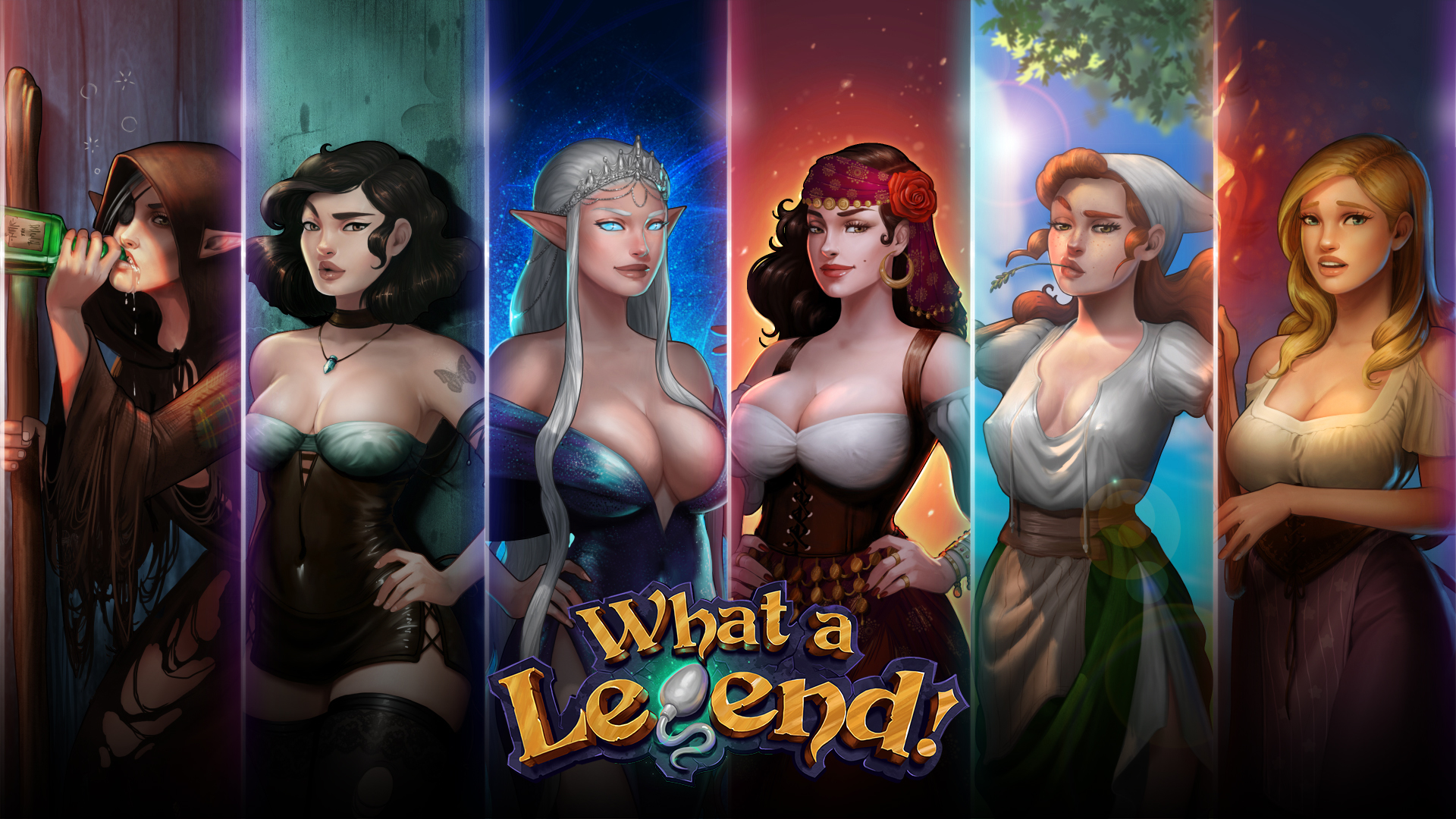 We have reached the middle of the ranking and I am convinced that this position should be occupied by The Deluca Family, The visual novel developed by HopesGaming.

Here we will be a young guy, who one day receives a letter from a mafia family, which informs him that he is obliged to honor a family debt and therefore forced to work for them. With one of the most successful stories in circulation, and with characters all characterized in an excellent way, it was certainly not difficult to place him in the fifth position.

One step away from the podium we have Milfy City, a sandbox-style visual novel, developed by IcStor. The protagonist here will be a young boy, who after a public humiliation finds himself in the office of the school therapist. From here will begin his story of him, which will allow him to get to know the many characters who inhabit the city. Highlighted by the quality of the render, and the freedom of interaction that is left to the player, milfy city wins fourth place in this ranking.

We have reached the podium, and here on the lowest step, we find SummerTime Saga, The Visual Novel with Sandbox elements developed by Kompas Productions. During the game, we will live the life of a young student, who in addition to having to take part in his school chores, will also be led to investigate the death of his father due to mysterious circumstances.

With a graphic style in my opinion impeccable, and with an infinite number of characters with which to interact. He does not struggle to win this third position.

On the little higher step I wanted to insert City of Broken Dreamers, The Visual Novel developed by PhillyGames. In a futuristic Los Angeles we will play the role of a Ghost, a mercenary who is entrusted with the task of finding a missing girl. And during the research, he will have to try to extricate himself from the dense web of lies and deceptions that cover the mystery behind the identity of the latter.

Here there is not much to say, the game is qualitatively among the best of the genre, with graphic details and with a narrative style with very few rivals, which have rightly earned him this second position.

On the top step of the podium is Being a Dik, the visual novel developed by Dr. Pinkcake. The protagonist of the story is a young guy, who, after the summer, is preparing to attend his first year of college. Here he will join the Delta Iota Kappa, a brotherhood that will introduce him to campus life and allow him to get to know the many characters who live there.

Packed with iconic characters, featuring a very entertaining game environment, not to mention the quality of the renders and animations. Being a Dik in my opinion deserves first place in this ranking.

ADULT GAMES Reviews are this much for this Article Comment Down any Game you want to be in our Next list.