M16a4 is a very underrated gun if it’s in the right hand it can be devastating be in mid-range long-range and even closer range if you tap faster than you can beat even airdrop weapons. 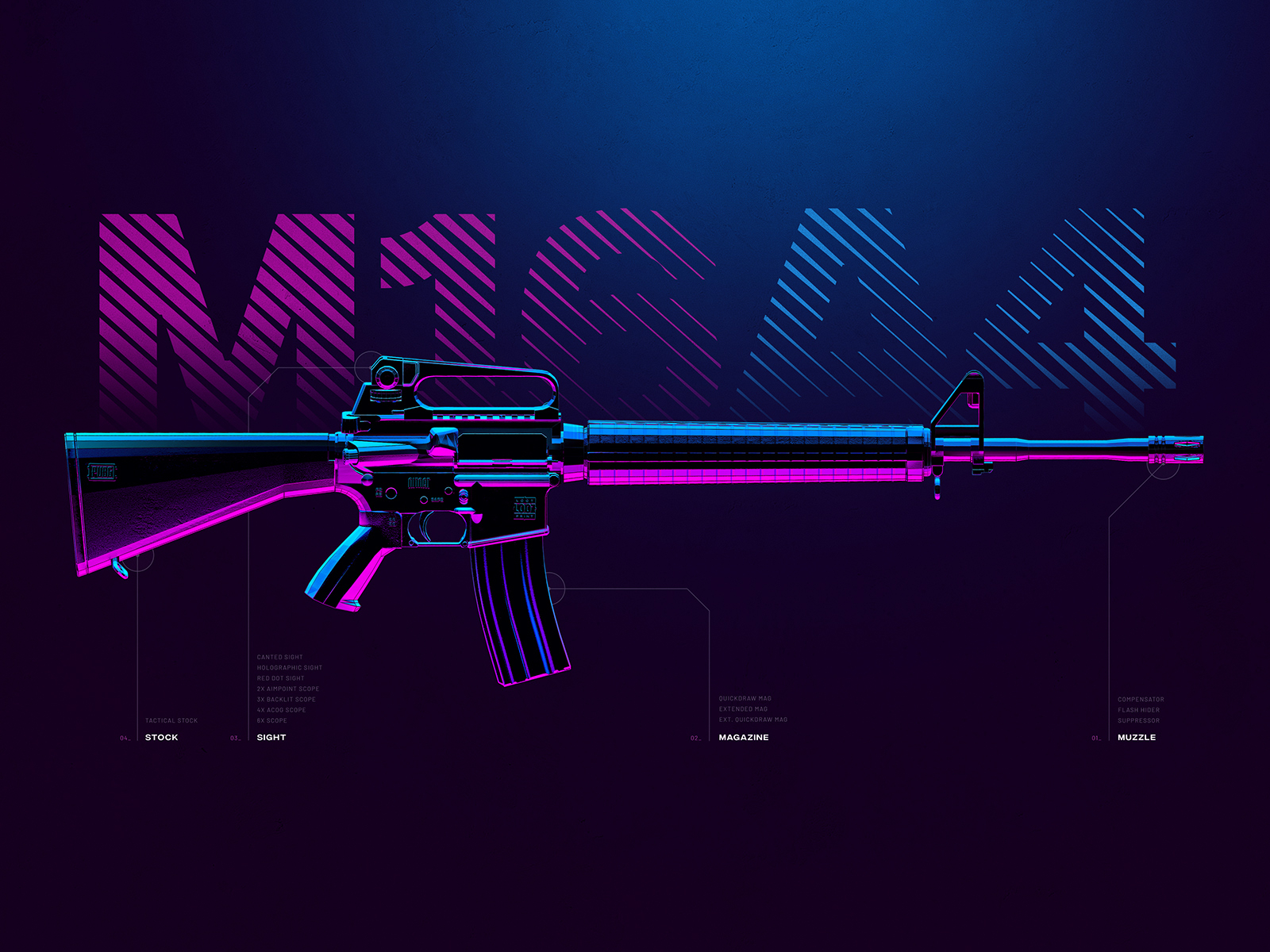 It’s ranked last because of the difficulty in mastering it more specifically if you tap more than five times in a second you would do better with m16 than any other weapon in the game.

The next weapon in our top 10 list is AKM some of you may be surprised but this is a fact we all know it’s a cannon in close range with high base damage. 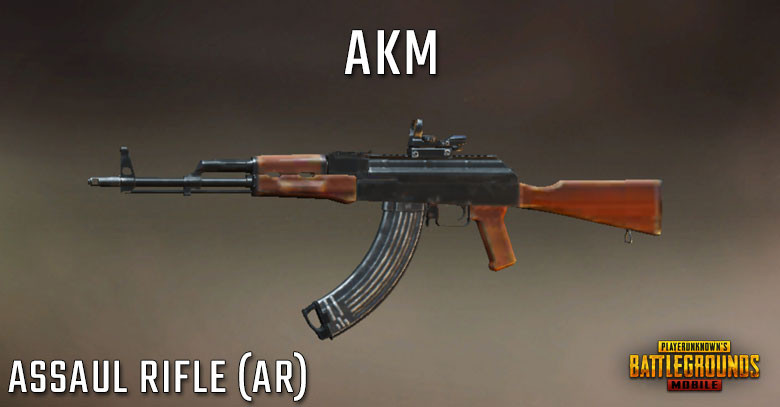 However, it lacks a slower firing rate than most other AR’s for testing purposes we made a custom room with our friends and we both geared up with full health and I was having the AKM while the other one having a scar-l.

We both started to fire on each other at the same time landing all body shots from 10 meters distance guess what I lost every single time.

Number 8 on our list is m416 it handles well it has a decent firing rate it does good in close combat mid-range and even in long-range wear with the higher scope. 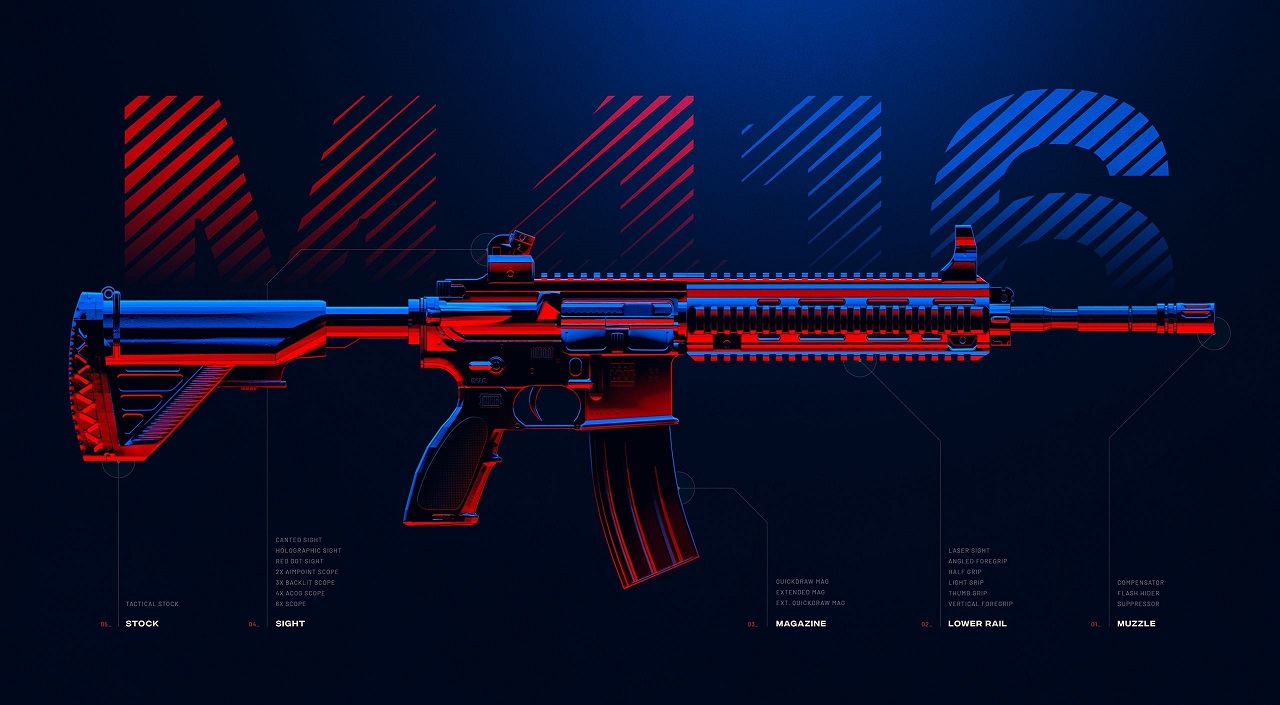 If there’s any gun in pubg performs well in every single category then this is it with superior handling and 0.05 fraction of second less time to kill an enemy than AKM.

Even though it has lower base damage than the AKM it is still able to pull faster time to kill due to its far higher firing rate. It’s one of the best non-air-dropped weapons. 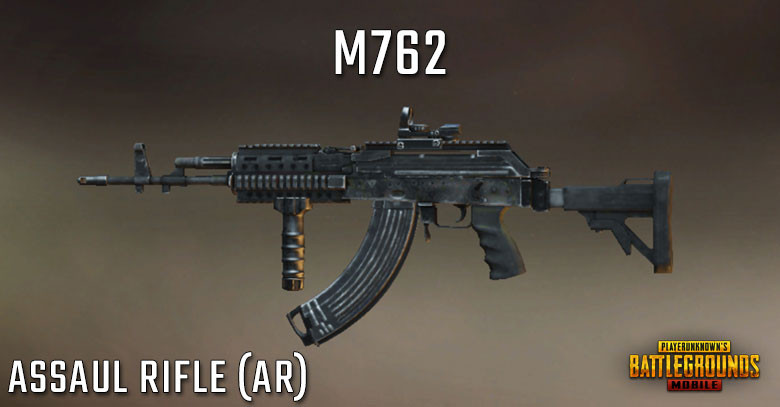 Micro UZI this little guy has the highest firing rate among all the guns in Berkshire mobile it’s even capable to beat shotguns in close range but the catch is you will have to land every single shot.

After the new update Uzi comes with an attachment that is a red dot or Auto sight which makes it very dangerous.

Number five in our list is an airdrop exclusive weapon GROZA this weapon is an absolute cannon in close range.

It can demolish people in a blink in fact it is one of the heirs which we are always confident against the guns that were already mentioned in this Article.

The fourth rank goes to m249 which is an airdrop exclusive machine gun it’s a squad killer weekend buster or whatever you call but not easy to handle the strong point of this gun is that it demolishes at close range.

I mean you blink and you die but in mid and long-range shooting is hard.

DP 28 is an outer trying it has the highest base damage than the other 7.62 guns we highly recommend DP 28 to those who have difficulties in controlling recoil the downside, on the other hand, is that it doesn’t appear in every map which is kinda disappointing.

Coming on to number two is an underrated vector now this is a very interesting weapon in the right situation it can be your best friend and in the wrong situation.

It can be your worst enemy if you have the right attachments you can Mel people within 20 meters to put it short if you find a vector with fully attached equipment at the start of a game never leave it behind probably you will win every single gunfight.

Now here we have the fastest killing gun in Topsham oval yes it is MK 14 or mark 40 it has lost time to kill be at close-range long-range.

And it excels in every class if you find MK 14 in drop never leave it behind you can probably leave you are for mk14 you can never lose any close-range fight in auto mode but it is difficult to control recoil in auto mode so try not to attach any other thing than a red dot in auto mode.

Which is a powerful gun in PUBG?

The M416 is a very dependable weapon that fires 5.56mm bullets and provides single-shot and fully automatic firing options too. The SCAR-L might very best choice be in this place, but the M416 provides a higher fire rate and can fit a stock, which increases up to its peers.